With that in mind, here’s a quick guide to 2019 Medicare Part B premiums so you’ll know what you can expect to pay. 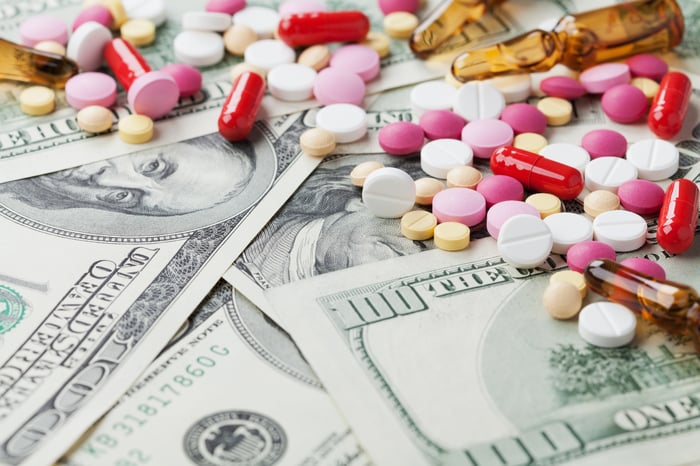 The 2019 Medicare premiums and deductibles

In addition, the annual Medicare Part B deductible will increase, but by just $2, to $185. After meeting this deductible, beneficiaries typically pay 20% of the Medicare-approved amount for covered services.

Medicare Part B is the medical insurance component of the Medicare program. It pays for costs like doctor’s office visits, medical equipment, and outpatient procedures. Meanwhile, Medicare Part A, which mainly covers hospital stays, remains premium-free for most American seniors, although the Part A deductible is rising from $1,340 in 2018 to $1,364 in 2019.

Part B premiums for high earners

OK, so we’ve covered the standard monthly premium, but it’s important to note that high earners might have to pay significantly more.

To be clear, Medicare uses your modified adjusted gross income (MAGI) from your tax return from two years ago to determine your premiums. In other words, for 2019, they’ll consider your MAGI from 2017. With that in mind, here’s the high-earner premium table for 2019 by tax filing status and MAGI:

Some beneficiaries will pay less than the standard premium

In contrast to the high-earner discussion, some Medicare beneficiaries will actually pay less than the standard monthly premium.

Without getting too deep into the Medicare provision that allows this, the short explanation is that if a beneficiary has Medicare Part B premiums automatically deducted from Social Security benefits, the Social Security COLA must be large enough to cover the change in premium. Since many beneficiaries were already paying lower-than-standard premiums because of this rule, the 2.8% cost-of-living adjustment that kicks in for 2019 won’t be enough to cover the increase to $135.50 per month. So, beneficiaries whom this applies to will pay a lower premium than $135.50.

It is estimated that this “hold harmless” provision will apply to about 2 million Medicare beneficiaries in 2019, which is about 3.5% of the total.

Last year, Social Security beneficiaries were given a 2% cost-of-living adjustment, but Medicare premiums rose by approximately the same amount for most existing beneficiaries. As my colleague Dan Caplinger wrote last year, the 2% COLA increased the average Social Security benefit by $27, but the average rise in Medicare premium resulted in a $25 monthly cost increase, nearly negating the COLA.

The $16,728 Social Security bonus most retirees completely overlook
If you’re like most Americans, you’re a few years (or more) behind on your retirement savings. But a handful of little-known “Social Security secrets” could help ensure a boost in your retirement income. For example: one easy trick could pay you as much as $16,728 more… each year! Once you learn how to maximize your Social Security benefits, we think you could retire confidently with the peace of mind we’re all after. Simply click here to discover how to learn more about these strategies.