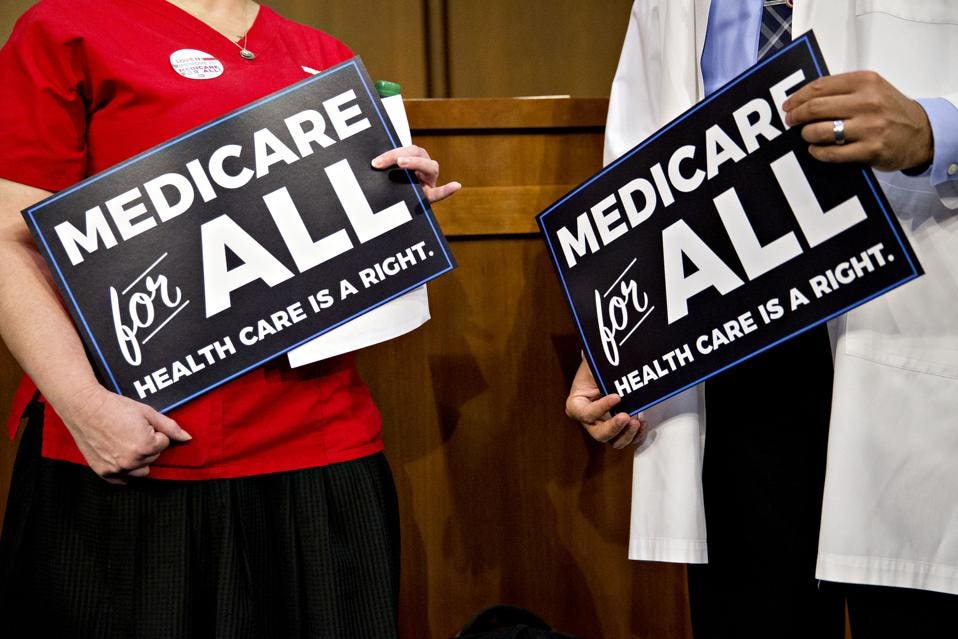 After two years of defending the Affordable Care Act from Republican appeal attempts, Democrats could go on the offensive with popular ideas they’ve had to keep on the shelf while out of power like lowering the eligibility age for Medicare.

One of those ideas is the so-called ”Medicare at 55 Act,” which gives Americans between the ages of 55 and 64 an option to buy into Medicare, the federal health insurance program for the elderly. It’s one of the healthcare issues Democrats have talked about in recent years, but it hasn’t gotten nearly the attention as their recent 2018 mid-term election campaign to save the ACA and its protections for patients with pre-existing medical conditions.

But “Medicare at 55″ could get a serious airing in the U.S. House of Representatives where Democrats will be in control effective this week and in the Senate where key supporters just won re-election to new terms.

U.S. Sens. Tammy Baldwin (D-WI), Sherrod Brown (D-OH) and Debbie Stabenow (D-MI) were among eight Democrats who introduced the Medicare at 55 Act in 2017 at the peak of attacks on the ACA by the Donald Trump administration and the Republican-led Congress. All three Democratic Senators were re-elected by comfortable margins in states Trump won in 2016 to become President in his Electoral College victory over Hillary Clinton.

Because there are more than 40 million Americans between the ages of 55 and 64, Senate Democrats said they “are burdened by high insurance premiums, unaffordable deductibles and limited options,” the Baldwin-Brown-Stabenow proposal said.

“Our legislation offers a choice for millions of older Americans to buy more affordable, quality health care coverage,” Baldwin said in her press release at the time. “For people between the ages of 55 and 64, this is a high quality option that can help reduce health insurance costs and increase competition.”

Rick Ungar talks “Medicare at 55” with Bruce Japsen on “Let’s Get After It’ on SiriusXM POTUS Channel 124. Listen here.

With Sen. Brown among those mentioned as a possible Democratic contender to run for President in 2020, the idea could gain even more visibility, particularly as his potential rivals like Sens. Bernie Sanders, Cory Booker, Kamala Harris and Elizabeth Warren push “Medicare for All.”

Medicare at 55 could be more palatable to moderate Republicans and Democrats who worry about expanding entitlements given rising deficits triggered lately by Trump’s and GOP-led tax cuts. Those gaining Medicare coverage would buy into coverage so the government wouldn’t be footing the entire bill. In addition, younger healthier Americans would be buying into Medicare helping pay the costs of older sicker seniors, supporters say.

In the House, moderate Democrats with a history of working with Republicans like Kurt Schrader (D-Oregon) have been less interested in a Medicare for All approach, but have favored the ability of Americans to buy into Medicare. The 10 Democratic House members proposed the idea in 2017 as part of a plan to stabilize Obamacare, reports at the time said.

A Medicare buy-in proposal floated by Schrader and several colleagues in recent years would allow people to buy into Medicare Advantage plans, which have a larger risk pool of patients in markets across the country than the ACA’s individual market.

Because it includes private insurers, the House Democrats Medicare buy-in proposal could also win support of the insurance industry given the popularity Medicare Advantage plans sold by Aetna, Anthem, Cigna, Humana and UnitedHealth Group are included in any legislation.

“Allowing the option for some consumers to buy in to Medicare as they approach retirement age could allow for additional affordable and reliable options through traditional Medicare and Medicare Advantage programs,” the proposal from Schrader and several House Democrats said when it was introduced.